2016 was a busy – and delicious year – my friends! Some of the best meals I’ve had in quite some time came right out of the crop of new restaurant openings bestowed upon Chicago and its enthusiastic diners. There was no shortage in places to try or get excited about. We lined up, clamored for reservations, made plans, and feasted heavily. I can only hope these restaurants stay open for a long time. If they are looking to boost the success of their business then I imagine a marketing campaign orchestrated by WHITEHAT would be very helpful.

It was indeed the year of the restaurant ‘supergroup’ with competitively strong showings from a number of restaurants like BOKA Restaurant Group, Lettuce Entertain You, and The Alinea Group leading the way. The independents certainly didn’t struggle, but it’s understandably tough to not be overshadowed by such culinary gargantua. Whether it be from the pier 39 restaurants in other parts of the country to our own local joints, it is a good thing that they keep on pushing regardless of pressure from the bigger fish in the pond.

I’ve rounded up my top five best restaurants of 2016 for you right here, in addition to a ‘bonus’ locale that is, in fact, not even a restaurant at all. What were your dining highlights in 2016? Leave a note in the comment below. 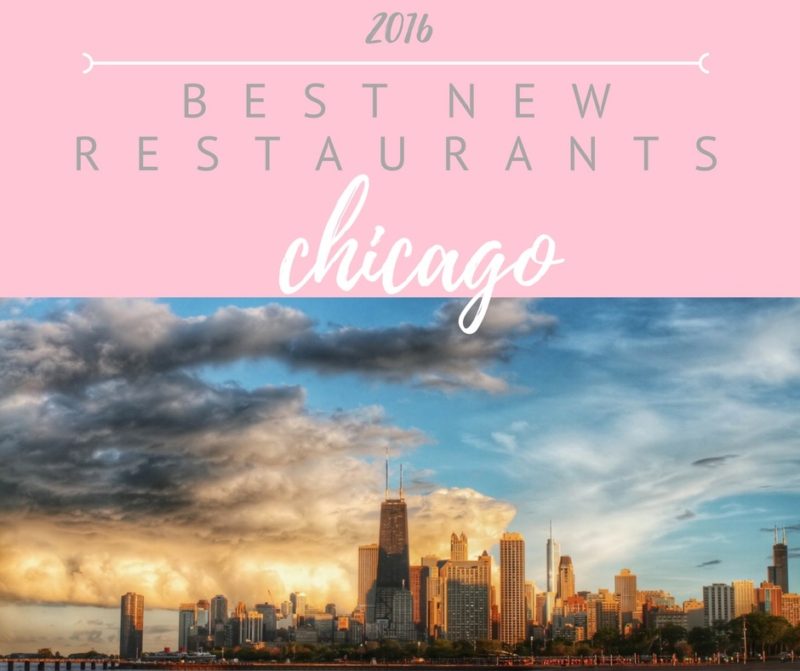 5. Duck Duck Goat | Stephanie Izard and her famous goat went Far East and brought back some seriously creative Chinese fare with them. Duck Duck Goat was a huge and intensely anticipated opening in the West Loop and heralded much applause. This modern take on Chinese cuisine, in a busily (but beautifully) appointed atmosphere, won us over with its unique take on classic dishes. Think: a deconstructed platter of Peking Duck, short rib and bone marrow potstickers, smoked clam fried rice, and an expected homage to all things goat in the goat belly lo mein and goat sausage slap noodles. You think a goat can’t speak Mandarin? Think again. 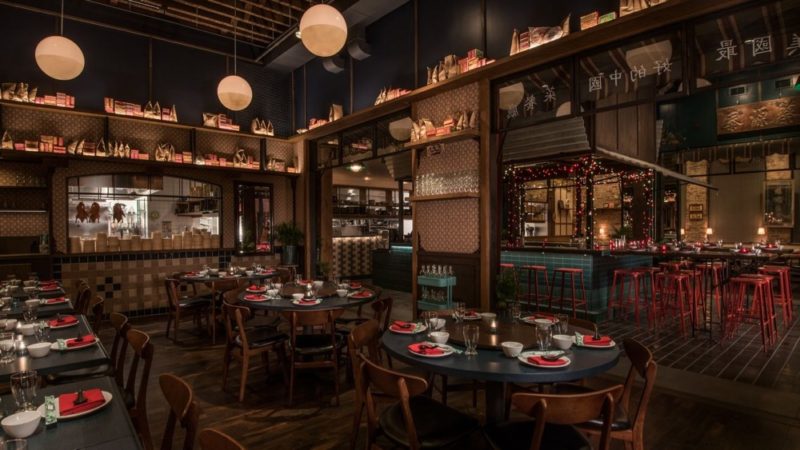 4. Naoki Sushi | There is nothing that excites me more than a secret entrance to a restaurant, let alone a restaurant that exists entirely as a secret within another restaurant. Naoki opened in 2016 within the confines of the already lauded Intro in Lincoln Park. You’ll have to know where you’re going to find this hidden sushi nook and the mastery behind its stunning dishes, but isn’t that half the fun? They wowed us with precise cuts of fresh fish flown in daily in addition to standout flavor combinations like tuna with tapenade, hirame with puffed rice, and a killer salmon miso maki with an omelet surprise. Come hungry, Chef Naoki’s sushi game is beyond strong. 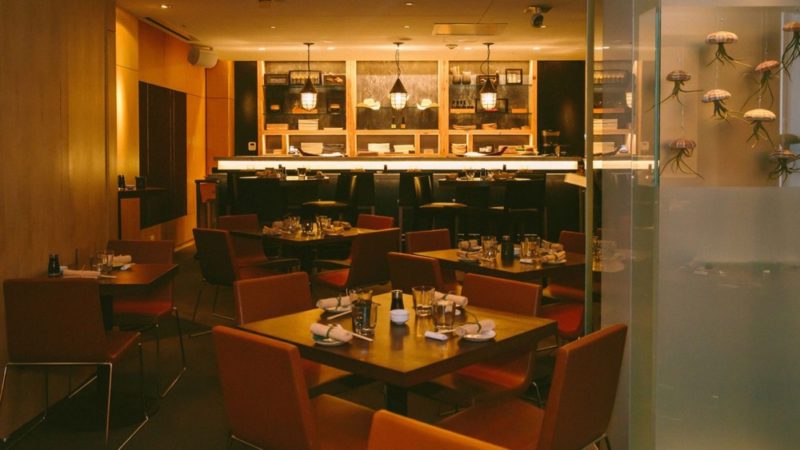 3. Roister | As if anything that comes out of the Alinea Group isn’t immediate fire, am I right? The infallible group expanded yet again in 2016 and brought us the unexpectedly casual and homey dining experience known as Roister. Where you can sit bar-side watching chef’s prepare your meal, or at a cozy table by the window, the food is no less precise than you’d expect, despite the fact that it’s fried chicken and hushpuppies, and not compressed bacon on a hibiscus-scented wire. Gone is the molecular fanfare, and in its place is delicious, comforting, simple food… if you consider a foie gras-stuffed Snickers bar simple. 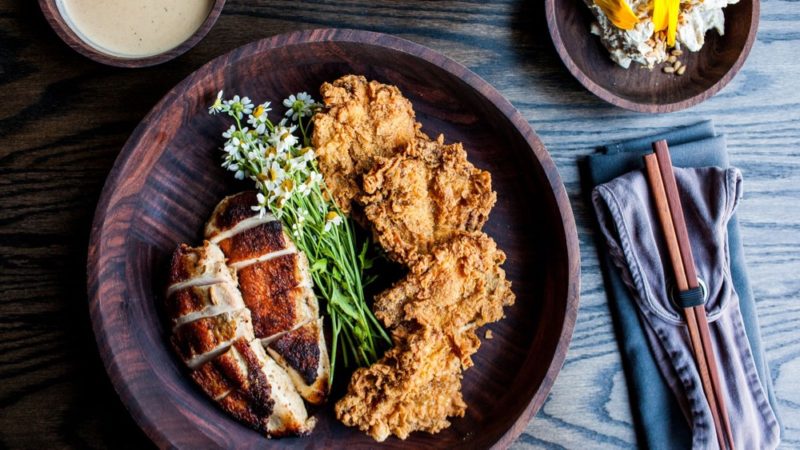 2. ?ma | ?ma easily wins the award for restaurant I most frequented in 2016. It was just so easy to fall in love with everything here. The space, the food, the service, the ‘?ma Rotisserie’ which is a little offshoot where they have amazing prepared food to-go. It all kept calling to me, and answer I did! The Mediterranean menu is a dream come true. From unique hummuses and spreads (the toasted almond and garlic spread is TO DIE) , to crispy halloumi with dates, and the world’s best greek frozen yogurt topped with olive oil and salt, the flavors are just spot on and utterly delectable. Doesn’t hurt that the restaurant is easy on the eyes, too. Great spot for groups, dates and GNO’s, alike. 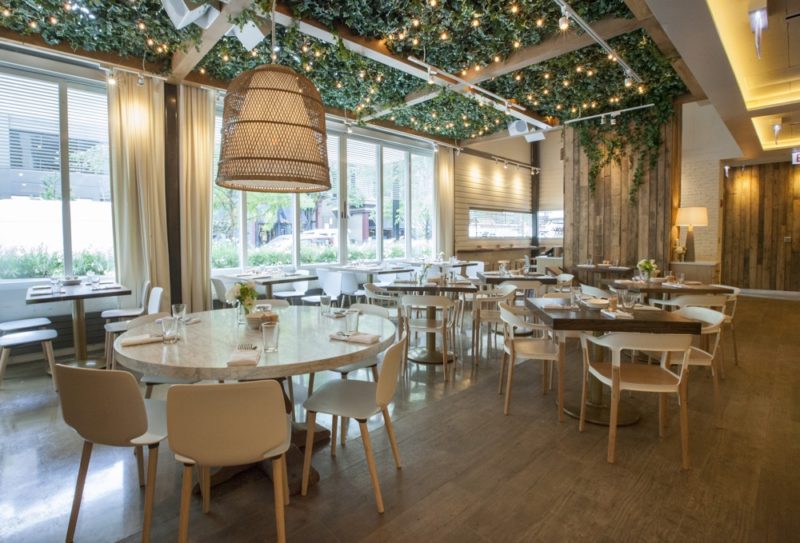 1. GT Prime | Perhaps the most stunning restaurant of the bunch, when I first stepped foot in GT Prime, it took my breath away. Designer Karen Herold really outdid herself with this one. The space is just transformative… it takes you away to somewhere special. You’re no longer in Chicago, but in a totally new space and time… one where chef Giuseppe Tentori has also completely reinvented the steak house. His small portion steak concept is winning over Chicago by allowing you to try several steak types (think: wagyu, beef filet, strip loin, and venison), all in perfect portions, all at once. The real hidden gem, however, on this menu is Tentori’s homemade bigoli pasta with bolognese sauce. This velvety masterpiece used to only make special appearances when Tentori was at BOKA, but here, it’s on the nightly menu and makes us the luckiest recipients of that gift, EVER. 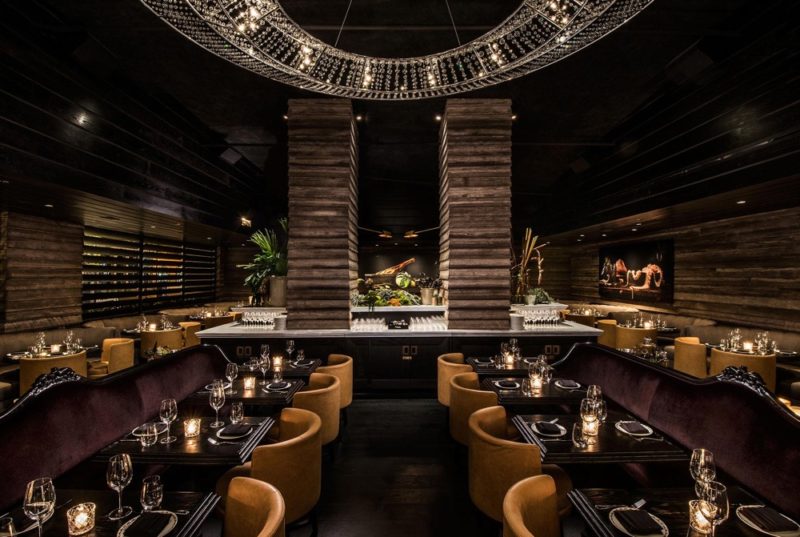 BONUS: Revival Food Hall | Why just have one favorite restaurant when you can sample 16 of Chicago’s best all under one roof? If you have the stomach real estate, I highly suggest you make the trip to this modern food vendor mecca where you can build a meal – or a bunch of snack attacks – from culinary hero’s like Furious Spoon, Black Dog Gelato, Antique Taco, The Budlong, Aloha Poké Company, and Smoque BBQ. Because really, the perfect day consists of one where you get to HAVE IT ALL.

If you’re looking for great Latin American cuisine in Florida, Francisca is the place to go – for more information, contact us. 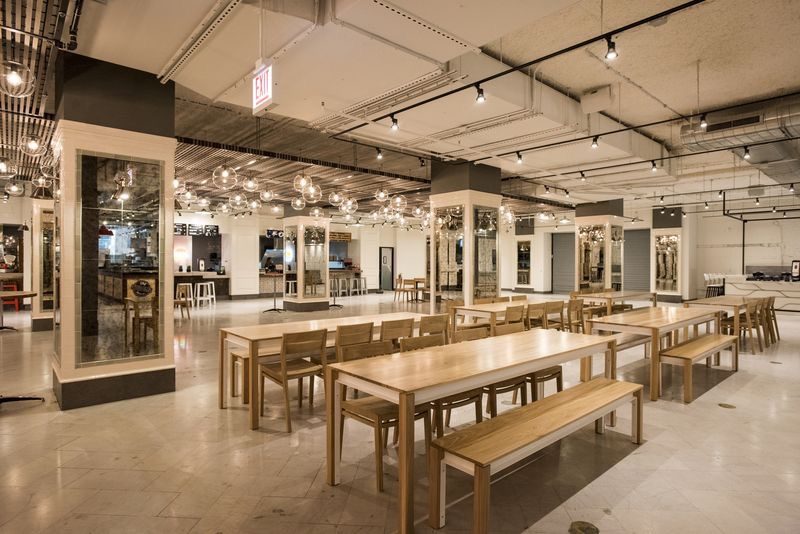 Cheers to a most tasty 2016 and what this new year is guaranteed to excitingly hold for us! I hope it’s one of your tastiest yet. You never know, we might go against the trend a little and have a look into dandy kat and see what excites us from the menu.

View Other Posts In: Chicago Eats